July 25th is World Embryologist Day, giving us the opportunity to honor the incredible work of embryologists past and present. In this blog, we take a fascinating look at a timeline of breakthrough achievements in embryology which made it possible for us to do what we do today!

July 25th was chosen as World Embryologist Day because it is the birthday of Louise Brown, the first baby ever born through in vitro fertilization (IVF). Louise was born in Oldham, United Kingdom, on this day in 1978. Since then, over 8 million babies have been born through IVF.

What is an IVF Embryologist?

Embryologists are scientists who mostly work behind the scenes in laboratories fostering the healthy growth of embryos to be used in IVF transfer or frozen for later use. Since the team of embryologists care for the embryos from start to finish, they are sometimes referred to as the “caretakers” of a patient’s sperm, eggs, or embryos.

What Does an Embryologist Do?

Finding this Program was a Godsend...

"We are so very excited! Thank you for your help in making this experience so easy. I will absolutely recommend Donor Nexus. We had been to 3 other doctors who had told us there was a 2-year waiting list for donated embryos. Finding this program was a godsend.”

Breakthrough Achievements in the History of Embryology and IVF

In honor of World Embryologist Day, let’s recognize a few of the incredible pioneers who pushed boundaries and created possibilities which were previously unimaginable; laying the foundation for all future advancements in making IVF the successful and common procedure it is today.

1959: The first birth in a nonhuman mammal (a rabbit) resulting from IVF occurred.

1969: A human egg was successfully fertilized outside a woman’s body for the first time.

1973: First positive pregnancy after transferring an embryo into the uterus. Unforunately, the pregnancy resulted in a miscarriage early on. 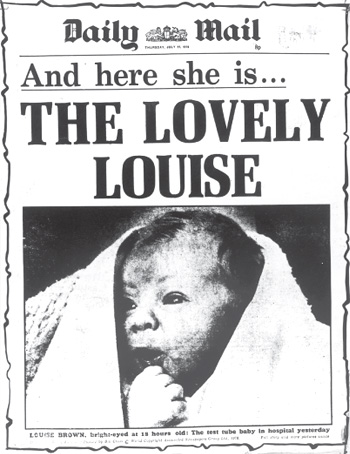 1978: First baby ever born through IVF. Louise Brown was born in Oldham, United Kingdom, on July 25th, 1978, due to the collaborative work of Sir Robert Edwards and Patrick Steptoe. Edwards received a Nobel Prize in 2010 for the development of IVF.

1981: First IVF baby born in the United States. Elizabeth Carr was born on December 28th, 1981, in Norfolk, Virginia, credited to the work of doctors Howard and Georgeanna Jones.

We Stand on the Shoulders of Giants

We are grateful for the embryologists who pioneered IVF as we know it today, as well as all the incredible embryologists we are honored to partner with in serving our patients. Without the dedication and passion of embryologists, what we do would not be possible. We look forward to celebrating World Embryologist Day and recognizing the life-giving work of embryology!

We are always here to answer any questions you may have. Contact us today to start your journey!