If you are considering donating your eggs, you may be wondering, “can you donate eggs with an IUD?”

While there certainly are many factors which may disqualify you from being an egg donor, you can rest assured that having an IUD does not mean you can’t donate your eggs.

However, as a selected egg donor, you may have to remove your IUD if it’s hormonal. In this blog, we cover everything you need to know about donating eggs with an IUD.

Can You Donate Eggs with an IUD?

An intrauterine device (IUD), whether hormonal or non-hormonal, does not disqualify you from donating your eggs.

An IUD is a small piece of plastic that is T-shaped, and it is physically inserted into the uterus to prevent pregnancy. IUDs function as birth control. An IUD can be of two types: copper-covered IUD (non-hormonal) or progestin-releasing IUD (hormonal). Either kind of IUD prevents sperm from fertilizing the egg. 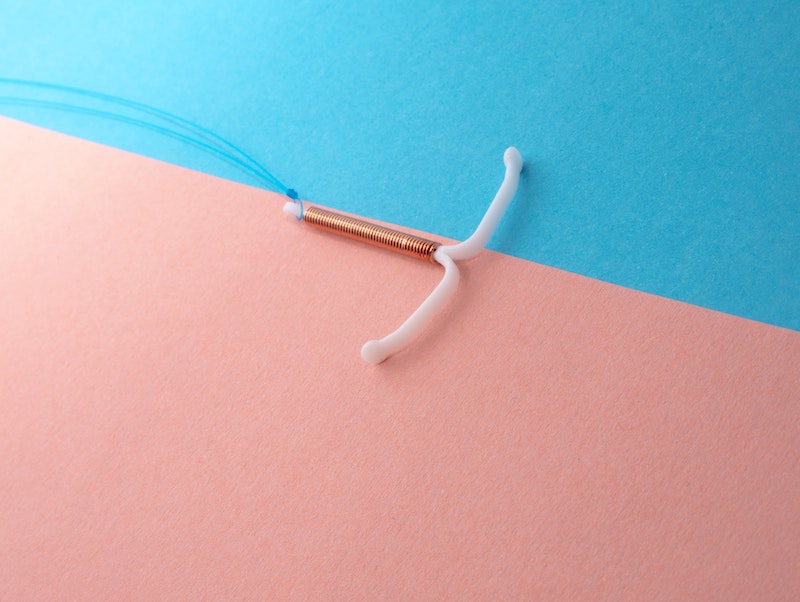 If your IUD insertion does not release hormones, at any level, then you will not have to remove it to donate your eggs. However, if you have a hormonal IUD, you most likely will have to have it removed to participate in an egg donation procedure. Usually, but not always, fertility specialists require the hormonal IUD to be removed prior to medical screening.

Some doctors don’t think the small amount of hormones in the IUD make a difference and will stimulate the donors as long as their AMH levels and other ovarian reserve testing looks good. In our experience, approximately 80% of the time the doctors require hormonal IUDs to be removed. Ultimately, it depends on the doctor and the specific donor.

Which IUD’s Are Not Compatible With Egg Donation?

Here are the common hormonal IUD brands, which are not compatible with egg donation:

So to the question of if you can donate eggs with an IUD, the answer is yes!

The selection process for egg donors is a specific process that looks into numerous factors. Thankfully, having an IUD does not disqualify you from becoming an egg donor. However, the egg donation process may require the removal of hormone-releasing IUDs. Copper, or non-hormonal, IUDs won’t affect the procedure or medications, so they can be left in place.

Ready to get started?

Fill out our preliminary application today and our team will be in touch with you shortly.

What Our Donors are Saying

“Donor Nexus has been an amazing agency to work with..I have already done 2 cycles with this agency and in the process of the third one! I have experienced the most beautiful journeys ever! They make the process so easy and convenient for you! They are always available to help and guide you..I highly recommend this place!”

Always By My Side...

“This agency is so supportive and quick in communication. I love how they communicate with me via text, phone email and are always by my side every step of the way. Patiently explain and advocate for me. I would gladly work with them again!”

Always remember to use other contraceptive methods if you have an IUD removed during the egg donation process. Additionally, we do require that egg donors remain abstinent while on stimulation medications, for approximately 12-14 days, as you are very fertile during that time and will not be on birth control. If you have sex during this time, there is a high probability that you would become pregnant with multiples. The egg donation cycle would be cancelled, which would result in the donor not receiving compensation and the donor parents being devastated about the loss. Even with the use of condoms, the risk is too high since your eggs are stimulated and ready for pregnancy. Fortunately, our egg donors are very well-informed about this beforehand and this scenario rarely happens.

To learn more about donating eggs while on other types of birth control, visit this related blog: Donating Eggs While on Birth Control: What to Expect

If you have any additional questions, our team is always here to help!

We are always here to answer any questions you may have. Contact us today to start your journey!